Good things come to those who ask

For the past 6 years now my fans have been asking me for a CD, and all those years I've been telling them it was in the works. But the truth is that it wasn't. At some point it got embarrassing to even say it anymore; t felt like an empty promise. During that same time period, I was diagnosed with autism, and I began to understand what made it so difficult for me to get my act together and just go out there and make the album. There is so much organisation and planning involved — not part of my natural skill set — and technical issues to solve and a myriad of decisions to be made. Add to that my problems with over-stimulation, I just didn't know where to start, and I ended up not doing anything at all. Not following my dreams... not really.

Then, last year, two major things changed. I began to clear a lot of the autism related symptoms that had made my world pretty small, over-stimulation being a major one. I learned a lot about how the mind worked, studying Faster EFT, did a lot of tapping, and slowly but surely, all the stuff that was holding me back disappeared into the background.

And I began to bow my head. Not as a way of giving up, but as a signal to the universe and whoever was listening that I couldn't do it on my own. It was a gesture of surrender. With my thoughts and feelings, I began to ask the universe for help. And in response to that same, sometimes insanely urgent question by my fans for a CD, I began to say: "Yes, I really, really want to make an album! And I know I can do the creative part, but there are so many other bits and pieces I'm not good at and need help with. Once I have found someone who can help me with all that other stuff, it's going to happen."

Good things come to those that ask. Because lo and behold, someone in my audience came up to me and offered her help. And I decided to go with it, and trust the universe. And it began to respond. We had a trial session at Triple Moon Studios, and I loved it. Then and there it was decided that the guitar tracks will be played by a guitarist, so I'm free to do what I love most: singing my songs. I'm comfortable singing into a microphone, and it feels great not to have to worry about the guitar tracks, because I know they'll be taken care of. And I loved not hiding away behind my guitar and being able to sing standing on my two happy feet. 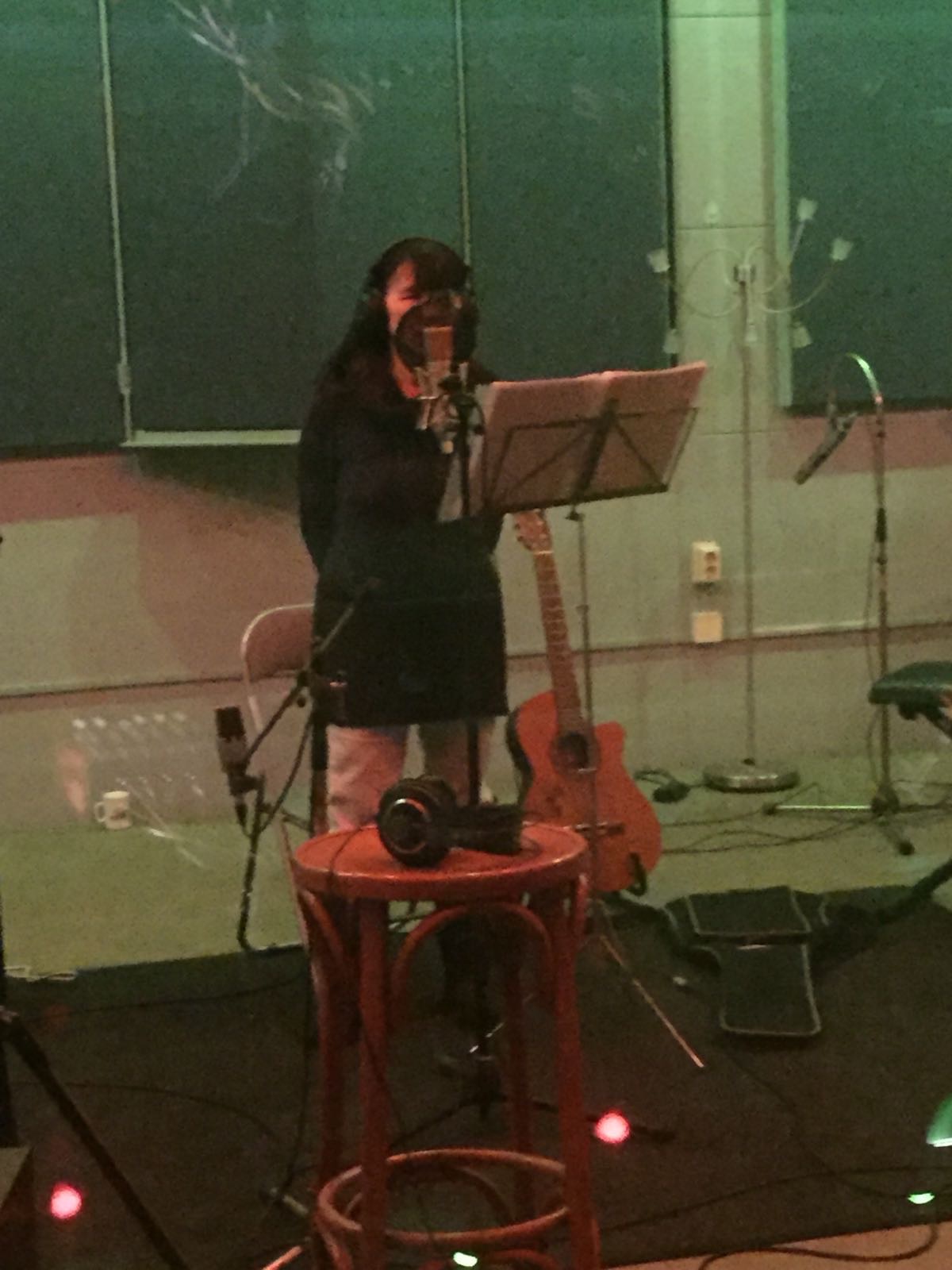 Now that I've let go of my blocks to asking for help, things are getting so much easier. The only things holding me back, the only real problems, when it comes to birthing a CD, is my mindset. And I'm so grateful to have tools like FasterEFT and Access Consciousness to help me deal with those and unleash the powerful creator that I am.